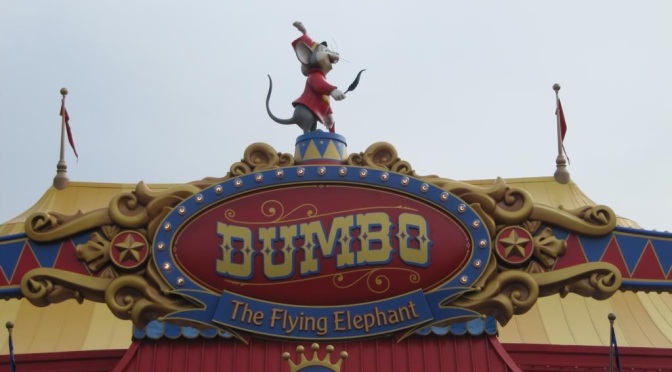 Welcome to this month’s Blogorail Green Loop. Today we are taking a tour of the lands at Walt Disney World’s Magic Kingdom Park.

This post will explore the hidden wonder and fantasy that can be found in Fantasyland. Fantasyland has recently wrapped up its expansion with Seven Dwarfs Mine Train, Be Our Guest Restaurant, Under the Sea, and Enchanted Tales with Belle joining the Fantasyland lineup. This expansion took over what was Mickey’s Toontown Fair.

END_OF_DOCUMENT_TOKEN_TO_BE_REPLACED

This week on Top 5 Thursday, I’m going to take a closer look at the top attractions which are boat ride style attractions.  There are some great attractions on this list.  This is a great category of attraction because almost everyone who walks through the gates can go on one of these attractions because of the low thrill factor.  Another nice thing is these attractions are continuously loading so the wait times are not very long unless the park is really crowded.  Not every attraction on this list has the ride vehicle floating in water.  So with that in mind, on to the list (in no particular order).

END_OF_DOCUMENT_TOKEN_TO_BE_REPLACED

Signs are everywhere at Walt Disney World.  This week’s theme of Wordless Wednesday hosted by Focused on the Magic is Signs.  I’m sharing some of my signs.  The long sign is a sign that everyone staying at The Contemporary or Bay Lake Tower goes past on their walk to Magic Kingdom.  Above our some of my families favorite attractions: Under the Sea – Journey of the Little Mermaid, It’s A Small World, Dumbo the Flying Elephant. 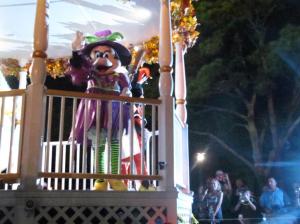 Another week has gone by and it has been a busy week on the Dad For Disney blog.  Here’s a recap of what you have missed in the past week.  A big item of note is I am planning a giveaway after the group reaches 500 members AND I return from Disney at the end of the month.

Reported Changes to Be Our Guest Lunch Standby Queue

Scenic and not so scenic restaurants at Walt Disney World

Atlantic Hurricanes and Their Impact on Walt Disney World

Remembering 20,000 Leagues Under the Sea

It’s A Small World celebrated its 50th anniversary, this year, back in April.  It is an attraction that can be seen in five Disney theme parks and known through the world as a ride which attempts to bring cultures together.  It’s design back in the 1960’s is still being felt in today’s modern theme parks.  It is the focus of this week’s Tiggerific Tuesday Trivia link-up hosted by three wonderful bloggers: Jodi from Magical Mouse Schoolhouse, Mike from My Dreams of Disney, and Heidi from Heidi’s Head. 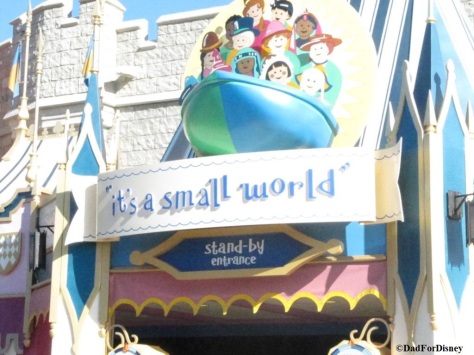 It’s A Small World made its debut at the 1964 World’s Fair in New York City.  It was one of four attractions built by the Walt Disney Studios and WED Enterprises.  The attraction features two things which will still see in theme park rides and attractions through the world today.

The second concept is the ride ended with guests going out into a gift shop.  UNICEF was the sponsor of the attraction at the World’s Fair and also sponsored the gift shop when guests were let out into after their boat ride.  Walt Disney was amazed at how long guests lingered to look around the gift shop and the UNICEF displays.  Once Disney secured Mattel to sponsor the attraction at Disneyland, a gift shop was constructed.  Now, many theme park attractions end with guests going into a gift shop or other type of display before returning to the park.