You can catch up on Day One of the Trip Report.

Day two got off to a relaxed start.  My wife and I really didn’t get moving until the middle of the morning.  We didn’t have a lot planned today.  We only bought three-day park tickets for our four-day stay.  Today was the day that we didn’t plan on entering a park until the Villains Unleashed party later that night.  We had to be moving by 10:30 am so we could make it to our 11:30 am lunch reservation at The Grand Floridian Cafe.  It took some effort but we were moving and got to the bus stop by 10:30 am.  I had some extra time to take a couple of pictures in the Yacht Club Lobby. 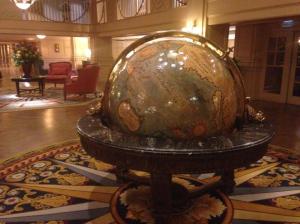 END_OF_DOCUMENT_TOKEN_TO_BE_REPLACED

Welcome to today’s weekly recap of the Dad For Disney blog.  It has already been a record-setting for the blog with viewing records set on Thursday and then again on Friday.  I want to thank you for this without you it would not be possible.  And with that onto the update. 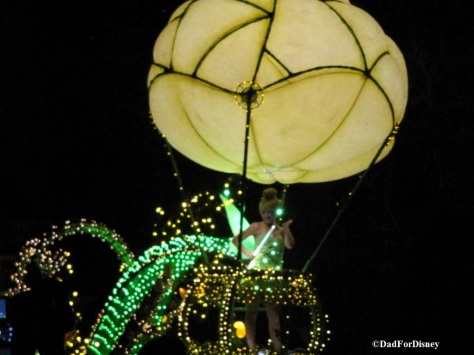 Are there too many new hard ticket events at Disney?

Some history about the original plans for the Magic Kingdom loop

Should you use Disney transportation or rent a car?

A guide to all things Wilderness Lodge

A debate about new resort construction

Fastpass to History – The Rescuers

The Dad For Disney Facebook group continues grow larger and larger everyday.  I thank you again for the growth of this group.  Please continue to tell your fans about this group and the articles contained in it.

In the past few years, Disney has focused more and more on building resorts solely for Disney Vacation Club members.  We have seen new villas go in or are in the process of going in at all three monorail resorts.  In that same time, Disney has only built one resort “open to the public:” Art of Animation.

That leads me to today’s question: should Disney be building more resorts which are open to everyone or more DVC resorts?  I’ll try to take a look at from both sides and attempt to come up with a reasonable answer.

END_OF_DOCUMENT_TOKEN_TO_BE_REPLACED

Dad is a Disney Vacation Club member.  My family joined the vacation club back in August 2010 and have made numerous trips to Walt Disney World staying in the vacation club’s villa style accommodations.  Friends of mine always ask me, “How does the vacation club work?  What benefits to I get with the vacation club?  Is it worth the money?”  Today, Dad is going to try to answer some of these questions which I’m sure will only lead to more questions.

END_OF_DOCUMENT_TOKEN_TO_BE_REPLACED 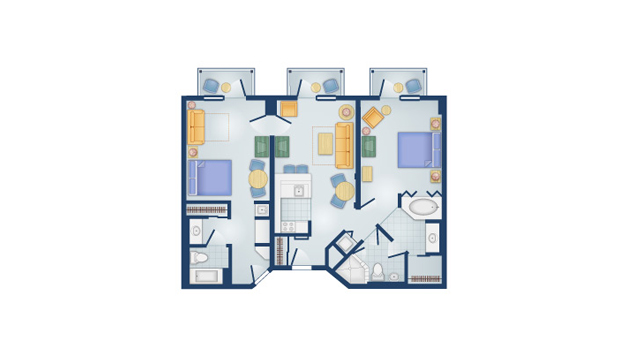 A large majority of people will refer to these accommodations as the Disney Vacation Club (DVC) since, also, a large majority of the people staying here are members of DVC.  DVC is Disney’s time-share program where people buy points for their “home resort” which they receive every year until their contract expires.  Guests, then, use those points to make their room reservations.  The nice thing about the program is guests aren’t locked into certain weeks of the year, every year, until their contract expires.  Villas come in four sizes: studio, one-bedroom, two-bedroom, and three bedroom grand villas.

For non-members, however, they can make reservations at this resorts as well.  There is a small percentage of villas which are available for “cash only” reservations.  Now, the cost per night isn’t cheap especially when you get into the two and three bedroom villas.  So, if a guest wants to stay in this villas, they should be prepared to open their wallet to stay there.

All of the studio villas come with a kitchenette.  All of the one, two, and grand villa come with a full kitchen (plates, glasses, and cooking utensils provided) and a stacked washer and dryer combo.

Animal Kingdom has two locations for its villa accommodations.  There are some in the Jambo House with the standard rooms.  The large majority of the villas are Kidani Village.

A large portion of the rooms will have a view of the savanna though some will a view of a pool or of a parking lot.  Look kids….OUR CAR!!!!!  🙂

The studio rooms are Jambo House vary from 316 to 365 square feet while the Kidani Village studios are a standard 366 square feet.  These studios sleep for and have a queen-sized bed with a full-sized sofa sleeper.

Jambo House has some value villas which will only sleep four guests and vary from 629 to 710 square feet.  The Kidani Village one-bedroom villas are 819 square feet.

The master bedroom has a king-sized bed.  The living area has a dining table, a queen-sized sofa bed and a twin-sized sleeper chair. The kitchen has a full-sized fridge, stove, microwave, dishwasher, and settings for 8 or 9 people.