A couple of years ago, my wife’s aunts and uncles took our daughter into the parks for the evening and my wife and I were able to enjoy a relaxing dinner at Yachtsman Steakhouse.  One of the things that I enjoy about staying at The Contemporary/Bay Lake Tower is easy walking access to the Magic Kingdom Bus Depot.  My wife and I walked over the depot to catch the Yacht Club/Beach Club bus.  We always bank plenty of time to get from point A to point B at Disney but we were lucky enough to catch a bus right away to Yacht Club.

END_OF_DOCUMENT_TOKEN_TO_BE_REPLACED 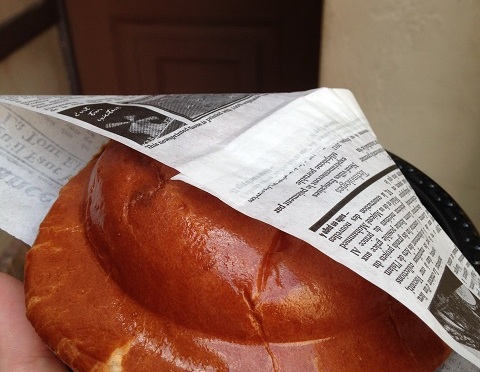 Welcome to this month’s Blogorail Green Loop. Today we are reviewing the quick service restaurants in Epcot’s World Showcase. 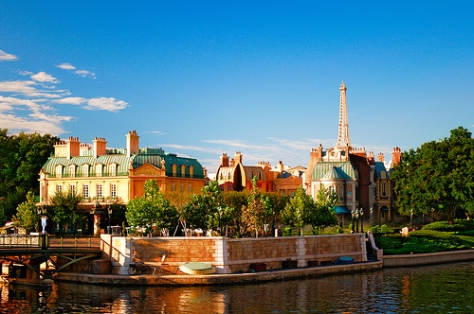 The France Pavilion at EPCOT is one of my favorite World Showcase pavilions.  There is so much to see and do and EAT!

END_OF_DOCUMENT_TOKEN_TO_BE_REPLACED

Welcome to this month’s Blogorail Green Loop. Today we are taking you on a virtual tour of Epcot’s World Showcase.

Our neighbors to the north, Canada, have one of the most visual pleasing (at least in my opinion) pavilions in the World Showcase. It is full of great architecture and a stunning garden.

With no meet and greets, or quick service restaurant and only just the O Canada! film to capture people’s attention, most people consider Canada to be just a “pass through” pavilion.  But it’s not.  There is so much to see, do, and photograph in this pavilion.

First, O Canada! film was updated in 2007.  This is a recent upgrade by EPCOT World Showcase standards when you go to France and see the same Impressions de France that debuted when EPCOT opened in 1982.  Martin Short narrates the journey through Canada and Canadian culture and even includes a Winter Olympic sport which I participate in on the recreational level….curling.

Canada did have one of the top music acts in the World Showcase, Off Kilter.  But their contract was not renewed and Disney has had a hard time finding something to replace them.  Originally, a Canadian Lumberjack show replaced the musical act but faced a lot of resistance from guests who did not approve of the change.

Then another musical act, Canada Holiday Voyagers, came in for the 2015 Christmas season but their run just came to  an end so Canada is left without any entertainment.

So let’s leave the negative behind and focus on the positive of this pavilion.  The Victoria Gardens are a mini year-round Flower and Garden Festival as they provide a majestic sight as guests walk down to Le Cellier for lunch or dinner.

Guests at Le Cellier are treated to one of the best meals, in my opinion, in one of the World Showcase’s most intimate settings.  The restaurant has one of the smallest dining capacities at Walt Disney World making reservations hard to get.  A few years ago, Disney increased the number of Disney Dining Plan table credits that Le Cellier costs from one to two.  This has alleviated some of the pressure on getting a reservation but not a lot.

The building which houses Le Cellier, Hotel du Canada, is modeled after the iconic Chateau  Laurier hotel in Ottawa, Ontario and the Victoria Gardens, in front of Le Cellier,

Now, if Disney could add a quick service restaurant to this pavilion which could make guests stick around the pavilion a little bit longer that would perfect.  If Tim Horton’s could work out a licensing deal with Disney to create that quick service location that would be even more perfect.

For more info on Epcot’s World Showcase,
check out the other great posts from the Blogorail!

Here is the map of our Magical Blogorail Green | Tour of Epcot’s World Showcase Loop:

Welcome to this month’s Blogorail Blue Loop. Today we are sharing some lesser known Disney tips.

My family discovered this shortcut when we were attempting to visit all four parks in one day.  We had just finished watching Illuminations and did the quick time math that walking to the front of the park and hopping on a bus or monorail would take a long time.

Yacht Club, on the other hand, was just a short walk away.  Magic Kingdom was open until midnight so there would be plenty of buses.  We took the short walk from the UK Pavilion to Yacht Club.  No crowds to fight.  We took a short walk.  No line to wait for.  Just had to wait a few minutes for a bus.  We were able to watch Illuminations and got to Magic Kingdom in time to find a decent spot to watch Wishes.

This is a great tip no matter the time of day.  It helps save time and takes some stress off your feet by walking less and sitting more.  Always a plus during a busy park day.

Tip #2: Using the Magic Kingdom Bus Depot to Get Anywhere

Tip #3: Monorail to the Magic Kingdom from the Grand Floridan, take the boat back

Tip #4: Walk to the Magic Kingdom from the Contemporary

This is my favorite tip since I stay at Bay Lake Tower a lot.  It’s a long way around on the monorail from the Contemporary to the Magic Kingdom.  It can be faster to walk.  When leaving the Magic Kingdom at peak times (like after fireworks), it is definitely faster.  Only so many people can fit on the monorail, by walking you don’t need to wait for anything (except maybe dawdling children).  It can be tough on your feet toward the end of your trip but the time savings can be worth it.

For more lesser known Disney tips,
check out the other great posts from the Blogorail!