It was announced late last week that more closures would be coming to Hollywood Studios in order to make way from the upcoming expansion of Toy Story Land and Pixar Place.  The coming closures take up a massive footprint of the park.  Everything north of the Great Movie Ride toward Muppetvision 3-D (not closing) will be closing on April 2nd.  What attractions does this entail? 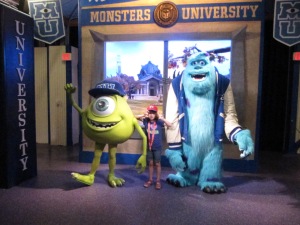