As most of you know Disney has decided that this will be the last year for the Osborne Lights in their current location on The Streets of American at Hollywood Studios.  Both parties are saying that it will be last year for the lights at Walt Disney World which has disappointed many guests and has led them to question the decision to get rid of the lights?  My question is where could Disney move the lights?  I’ve come up with a few locations where they could move to.

This is the most interesting option out of the three.  The Wide World of Sports Complex is very underutilized for Christmas events and very, very big.  Disney could build a cityscape with the Wide World of Sports Complex and provide busing down to the complex from both the parks and resorts at night when the lights are up.  Disney could even build a new cityscape every year to give guests a new experience year after year.  They could even charge admission (guests with park hoppers would be free).  A small admission fee only like $15 or $20.  Something on par with what it costs to see a Christmas Light show in your hometown.  The only downside it could draw people out of the parks to the see the lights.

The immediate upside to guests is the lights are still available to view.  The problem is they are far away at a part of the Walt Disney World complex that is difficult to get to unless you have your own car.  Plus, those without park hoppers may have to incur an additional cost to see the lights.

This is another great location.  It has plenty of space for guests to see the lights.  It’s an area which doesn’t have a lot of Christmas spirit since the World Showcase has both Christmas Around the World and the Candlelight Processional.  It could freshen up the area which really hasn’t had a lot new added to it in a long, long time.  The problem is the area is so vast that the lights that guests may have move around a lot to see.  At Streets of America, the lights are in a compact area that allow the guests to see most of the lights without a lot of moving around.   But this is an area that could work. 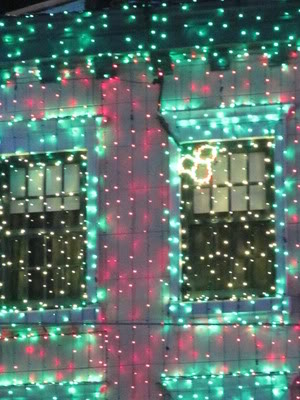 3) Another Location within Hollywood Studios

The downside to Sunset Boulevard is how much congestion that area of the park would receive since it would have both the lights and people attempting to see Fantasmic.  I just don’t think the area could handle that many people.  It’s a very narrow street to begin and having two attractions that people want to see could be too much for the street to handle.

If the lights were to come back where would you like to see them?

One thought on “Where To Move the Osborne Lights”