This year is the 20th anniversary of the EPCOT Food and Wine Festival.  It is one of the most popular events on the Disney calendar as guests are able to sample food and beverage from around the world as well as close to home.   My family and I had the pleasure (or displeasure) of attending the festival this year after missing out on last year’s festival.

EPCOT’s World Showcase is the perfect venue for this event since each pavilion brings out the best its country has to offer and some additional countries join in the festival as well.  It is the one chance where the South Hemisphere has the opportunity to shine the World Showcase as Australia, New Zealand, Brazil, and Patagonia have booths.

This year, the Showcase also had an established presence in Future World.  Year after year, the showcase has gotten bigger and bigger.  It has outgrown the World Showcase.  Disney could have asked some booths not to return but that’s not good business relations.  Instead, Disney has moved booths, like the Chew Lab, Sustainable Chew, and the Dominican Republic out to Future World.  The unintended side effect of this is the crowds from the festival have started to bleed into Future World which has started to make the pathways between Future World and the World Showcase very crowded at times. 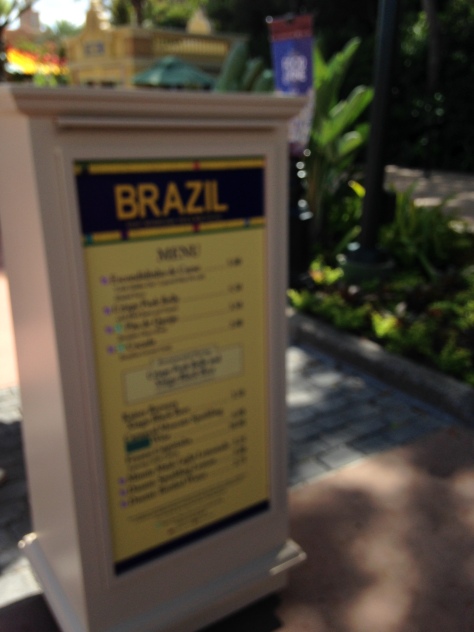 The crowds that I experience on Friday night were large but surprisingly manageable.  All of the registers were open, the cast members were stamping your passports (important for passholders who got free gifts for attending the festival on three different days), plenty of food was available and as a result the lines moved quickly.  I was able to stop at six booths while making a lap of Future World in a just over an hour.

My wife had an entirely different experience on Saturday morning/early afternoon.  She endured long lines, passports NOT getting stamped even upon request, food not ready at a lot of booths which only added to the wait time.  She couldn’t wait to get out of the festival area and went to three booths in about 2.5 hours.

This leads me to the question in the title of this post, has the festival gotten too big?  Like I said in the beginning, EPCOT is the perfect for this event given the worldwide nature of the festival.  But it is also a perfect host because of its sheer size.  EPCOT is a large park.  It is 300 acres large and has the most utilizable space out of the all the parks.  (Animal Kingdom is 500 acres but a large portion of that is the safari.)  But even EPCOT has its limits.  There are days, especially on the weekends, where EPCOT is bursting at the seems with people attending the festival.  It makes hard to get to the booths or even just walk around.  My wife found it faster to take the Friendship Boat to the front of the World Showcase than try to get through the crowds.

Well, the easiest thing to do is just avoid the weekends.  For some guests, it’s not that simple.  We tried going during the week and it was too hot to be enjoyable and the heat and humidity only built as the week went on.  I went on Friday night when the heat was less and expected big crowds but were surprised with smaller crowds.  My wife went on Saturday because it was only other time in our travel plan to go and was met with large crowds.

What could Disney do to help ease the strain on the park?

What my wife and I ate on our tours: