There was some big news released, this morning, from the World Showcase at EPCOT.  Many popular acts, according to WDW Magic, have been told that their final performances will be at the end of September.

No official reason has been issued as to why these groups are being retired.  That has left nothing but speculation which I won’t get into here.  However, Disney has announced some new groups and shows which will be taking their place.

We will have to wait and see if these groups will put a breath of fresh air into the stage performances at the World Showcase.

The other topic I want to cover today is a new event that is being introduced to Mickey’s Not So Scary Halloween Party.

This event is a special hard-ticket event much like the Frozen Summer Fun Premium Package.  For $99+tax (ages 3 and over, there is no reduced children’s rate), guests will be treated to the following: 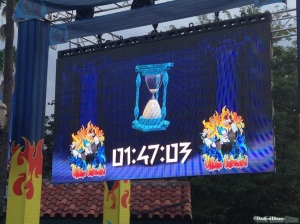 However, I think this is a “make-good” event because of the poor reviews that the Villains Unleashed party received.  There were reports of guest services at Hollywood Studios giving people the option of their money back or a free ticket to Mickey’s Not So Scary Halloween Party.  Now, how many of those people who took free tickets are buying up Villains Soiree tickets and, in essence, double dipping on Villains.

Personally, I find the Villains Soiree to be over-priced and not a good value for the money.  There are plenty of locations where guests can get a good view of the Boo-to-You Parade (hint: Frontierland).  As a DVC member, I can leave the Halloween Party, after the parade, and have a great view of Hallowishes from the Top of the World Lounge at Bay Lake Tower.

Disney keeps offering these premium events because people continue to buy them and Disney continues to make money from them.  I find spending $70 per person for a MNSSHP ticket and then spending $99 for a Villains Soiree ticket too much.  It would cost $537.42 for my family if we chose to do both events.  I can buy a three-day park ticket with park hopper & water parks and more option AND a Memorymaker for the same price.

I’m sure in a couple of months when we get closer to the Christmas Party that Disney will announce some type of $100 event at Cinderella’s Royal Table.  If the Villains Soiree is selling out quickly, there is no reason to doubt that a Christmas event wouldn’t sell out.  It’s probably just a question as to which characters will host the event in the Castle.

The Dad For Disney Facebook Group will be holding it’s first giveaway at the beginning of September.  Watch this space for future announcements.

One thought on “World Showcase News and Upcharge Commentary”